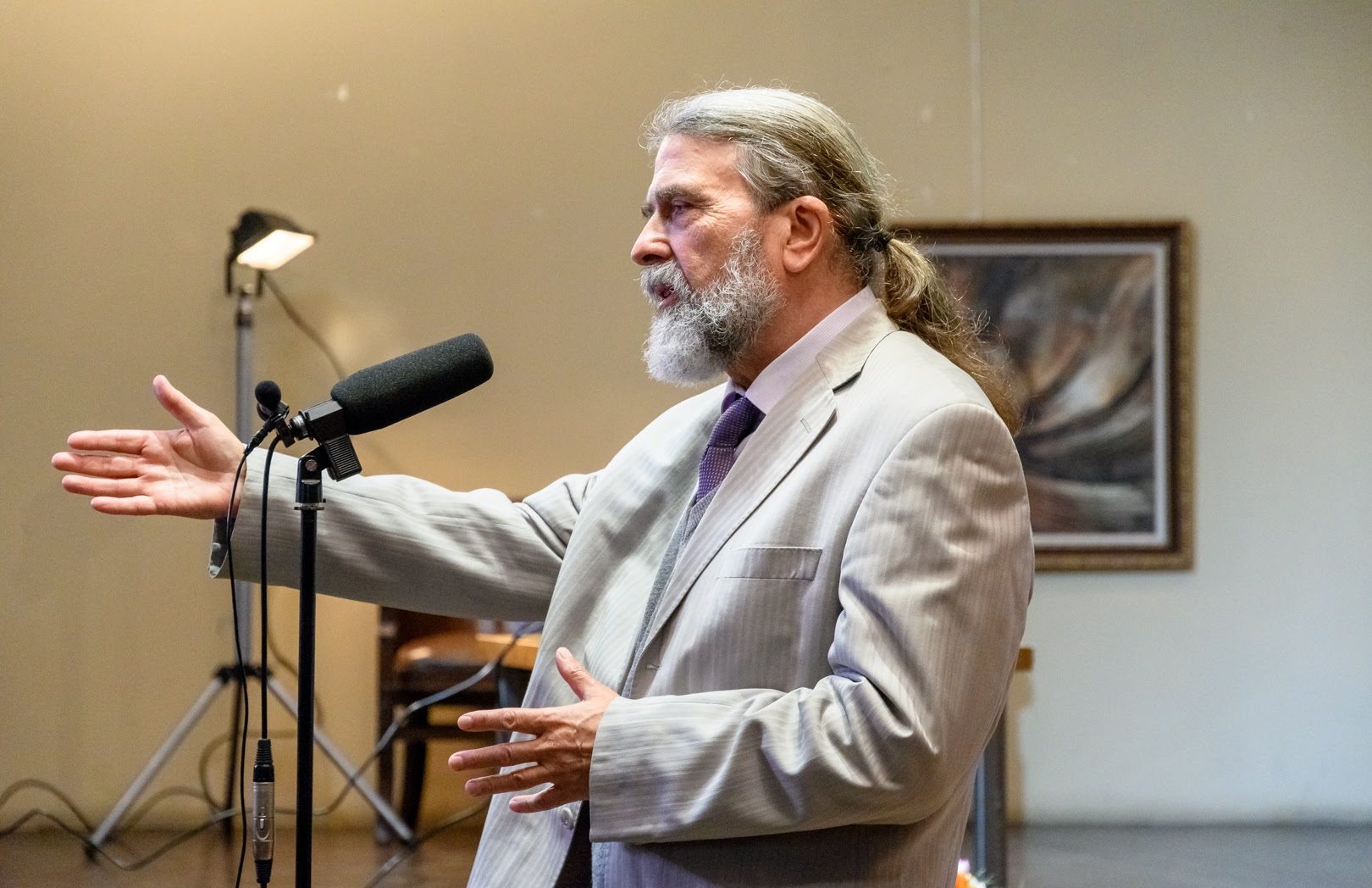 Celebration of the Way of the wisdom Society
What is The Connection Between Wisdom and Resurrection as Energy and as Light?

I would like to thank all who have made today’s celebration possible ­– both the hosts and the organisers, and especially the performers who have given us such an Awakening Light that they have awakened in us this joy which is a smile of Wisdom. Indeed, today we smiled inwardly – with the energy of the Resurrection.

It is natural to ask ourselves the question: what is the connection between Wisdom and Resurrection? Why 8th April – Resurrection Day, is a holiday of the Teachings of Wisdom, since it is very different from our other holidays. Resurrection is a Christian celebration, and actually we accept it as our primary. And this holiday is not born of any event on our Path in the Spiritual Wave of Wisdom. All others are related to specific events:

The Day of Birth (7 January) – the birth of the bearer of the Spiritual Wave – Master Vaklush Tolev.

The Day of Nur Magazine (13 February) – publication of the Zero Magazine issue.

The Day of the Godmate (31 July) – with the gathering of the Way of Wisdom Society.

Day of the Children of the Day (13 October) –the foundation of the first structure in the Society of Wisdom.

The Day of the Home of Wisdom (1 November) – the day of its foundation.

The Day of the Peaceful Teacher (27 November) – the departure of our Master Vaklush Tolev from the Physical Plane to the Spiritual one.

And the last annual celebration, the Day of Messages (21 December), is related to the Astronomical New Year and the Messages of the Planetary Logos that Vaklush gave us for 30 years.

Resurrection Day is not related to a particular event. However, something very special is worth noting. As early as 1956, Vaklush, through his insight, understood that the true historical date of Christ’s Resurrection was 8 April. Then, he continued to celebrate this day with his friends and followers for almost 60 years. And when he began his public appearances, he would give, I would say, fiery Speeches, on every 8 April about this holiday.

Moreover, He gave his magazine, wherein the Doctrine of Wisdom is scripted, the name “Nur” – the Immeasurable, Inextinguishable Light of the Resurrection.

He even described the Resurrection as a new application for initiation.

So, there is some very substantial and deep connection between Wisdom and Resurrection as Energy and Light.

We know His thesis about the three main lights in mankind’s culture. One is the Promethean light – a battle for man, through knowledge. The other is the light of Transfiguration, which is a battle for immortality (as our Hesychasts have struggled to touch this Light). The next gradation is the Resurrection Light, which is a battle for Divinity. Therefore, the connection is very clear – both the Resurrection light and the Light of Wisdom lead us to deification.

But which one is primary – does the Light of Resurrection precede Wisdom or does Wisdom come before the Resurrection Light? Which causes what? I would submit that this is also a very important question to which Master Vaklush Tolev gives a very clear and categorical answer in His Principles of Creation article, which came out in the 25th anniversary issue of the Nur magazine.

The motto of this article is a very deep metaphysical enigma:

THE WORLD IS CREATED BY LOVE, LIT BY WISDOM AND LED BY TRUTH!

At a first glance, there is a paradox. Because Vaklush says that God cannot be given any characteristics – neither Love, nor Wisdom, nor Truth. Well, how can the world be born of these forces? The answer is as follows: God as Absolute is the Nothing of which everything is. Nobody can give any characteristics to Nothing, but all that He radiates can be given characteristics like energies, powers, and principles that create the world.

The world is created by Love! And it is no coincidence that the Churches speak of God as Love. They have some sense, though they misinterpret it, because according to the Christian church God can mean both the Creator and the Absolute. (Eastern philosophies distinguish them.) The Creator is Love, because in order to create something, you must love it, you must want it. (And every artist knows they love their creation.)

Lit by Wisdom! Why? Because Wisdom is that Fiat lux!, whose image is Nur… This Primary Light has to both illuminate the world from above in order for Creation to happen, and from the bottom up in order to lead…

But what should precede Light? Undoubtedly Fire, in other words it must be radiated by the Cosmic Fire, or by that Universal Kundalini, which we carry as a personal Kundalini given by the Breath of the Creator.

Further in this study, Vaklush defines the Spiritual Waves as an emanation of the Cosmic Principles of Creation. He characterises the Trinity from the perspective of the Spiritual Waves. He calls Wisdom’s being the Father, Love’s being –the Son, and the Being of Righteousness –the Holy Spirit. We see that there is a correlation, there is a harmony between the hierarchies throughout the universe.

Therefore, the Light of Wisdom as the Primal Light – Fiat lux!, generates the other lights. It generates this hierarchy: Prometheus, Tabor and Resurrection light.

Let us wish for nothing else, but for accepting and living (not only today) the Light of Wisdom and for making the Light of Resurrectione our initiation!