Vaklush Tolev: Good evening! Personal gratitude to you and to your show, and to your viewers – my respect!

Georgi Lyubenov: Last Sunday, as we already mentioned, a great part of the Christian world celebrated Christ’s Resurrection. This is about to happen here on the night of 5 May, in just a month. But you say that not only can we, but we must also mark this Day, this Easter – the Resurrection of Christ, at a certain date and it is not floating. And the date is 8 April. Why exactly 8 April?

Vaklush Tolev: Let’s give insight a chance, and afterwards the facts will confirm it for you. Almost 50 years since an insight gave birth to the idea that the true date of the Resurrection of Christ was 8 April. I celebrated it and I keep celebrating it. Perhaps 20 years after I started celebrating it and the people around me, archaeologists, historians and theologians, etc., found confirmation for that date. A man is born on a certain date and undoubtedly departs or dies, as we say, on a certain date. It cannot be changed. You cannot celebrate what is most important in the life of Christ – the Resurrection. It is, if I may say so, a new psychology that created in the behaviour of the Christian Teaching, what I would call, a self-baptism in the idea of ​​the Son of Man becoming God’s Son, and then, undoubtedly, becoming One with His Father.

Georgi Lyubenov: The basis of your thesis is the understanding that we need to look for the day, not the date of the Resurrection?

Vaklush Tolev: The date of Resurrection, while Christianity confesses the Day – it is only on a Sunday. It is intended, of course, not to coincide with the Hebrew Passover, to be after the full moon of the equinox… Things that undoubtedly make him a floating holiday. Imagine now that Christ did not rise from the dead. And the Resurrection is, if I may say so, the memory of the Revelation, through which Christ gave a New Altar – the Book of Inner Life or the Book of Life. He gave the idea that death is a virtue that, of course, will soon be recognised as giving birth to immortality. He gave an idea that matter cannot be denied, nor that it is the deed of Satan, but it must be inspirited, because the Resurrection is an exact sign of power over the grave. These are things that… This Man had not risen now when the Catholics and Protestants celebrated him, and he will have long since risen when Eastern Orthodoxy celebrate him.

Vaklush Tolev: They change their calendars.

Georgi Lubenov: I want to ask you something else. Are you looking to legitimize your resurrection idea at a specific date and it is April 8, when famous editions are publishing? And sociopolitical editions and not only. When world encyclopaedias are publishing this date, and especially if this date is 8 April. Especially then.

Vaklush Tolev: You know, I cannot say that that was my first joy. Because my childhood joy was that a goddess could be born out of a head rather than a womb. When this authenticity comes out and it’s published. And there is a “Bulgarian Chronicle Encyclopaedia”. Then the World Council of Churches made a tiny step towards the decision of the big question. They had decided to meet and to fix that day. Of course, it didn’t happen. The World Council has not made its decision yet. And this mismatch – the Risen one to be celebrated before leaving the tomb or then to resurrect him a whole month after He has already risen. So it was published in the World Encyclopedia and the Bulgarian Encyclopedia in the 3rd volume of the “Chronicle Encyclopedia” in Bulgaria – on page 24 it explicitly says “8 April”. This is quite credible – by historians, archaeologists and similar scientists. I cannot understand why the difference in calendars should hinder this situation. Because some still follow the Julian calendar. But what’s strangest is something else – that they do not want a match and want the day to be preserved – Sunday. This will always bring about a shift, and in that case the holiday will not be a permanent date, but a floating date.

Georgi Lyubenov: I understand, thank you!

You know the numbers well. And now I understand from my colleagues that we have already two people who are waiting to speak to Mr. Tolev. Let’s hear the first one. Hello! Hello, sir!

Viewer: My name is Kiril Hristov from Plovdiv. Can you hear me?

Vaklush Tolev: Yes, could you speak a little loader.

Listener: I am very impressed with what Mr. Vaklush Tolev mentioned about the Resurrection. My question is: what is the role, why is the resurrection so accentuated? What’s the point – is it a miracle, is it a myth, is there some hyperbole? If Mr Tolev could answer.

Georgi Lyubenov: Okay, now you will hear the answer to your question.

Vaklush Tolev: Thank you for your attention, thank you for the really nice defiant answer.

The idea of ​​a miracle in the religious consciousness of Christianity is an object or formula of immortality, but at the same time it is an act of redemption, an act of suffering, an act of salvation. Naturally, Christianity, in its applied will, makes it more of a miracle than a real available opportunity, if rely on what is said in the book of Genesis about the creation of man. Man has, as I call it, a God-like image, but also a God-power, which is the likeness.

Georgi Lubenov: Mr. Tolev, I will interrupt because I understand that we have a call from abroad. Let’s find out which country. Hello!

Question: My name… Can you hear me? I want to ask you whether the act of the Resurrection is connected with the revival of the Bulgarian Spirit?

The history of Bulgaria is above all a story of a realised Spirit. Because the proto-Bulgarian had only one god and it had and gifted the Bulgarian people and its khan with its high energy called “orenda”. And it brought resurrection and success. The resurrection in Bulgarian history is considered to be one of the best acts in the time of our Revival, especially from slavery. On the day of the Resurrection, on 3 April 1860, the Bulgarian clergy proclaimed the resurrection of an independent Bulgarian church from the Patriarchate of Constantinople. One of the greatest acts in our history! And I am very surprised why people don’t interpret it in its inner value. To praise your oppressor and give up your so-called church leader. Because they called him the “fannar” who stole the Spirit of Bulgarian future history.

Georgi Lyubenov: Now I understand there is another question from a viewer. But let it be …

Vaklush Tolev: The most important fact – that when Adam had the courage to take the fruit of Knowledge, he created what we call personal evolution, that is, development. This development will have to be a form to bring out God’s humanity in us and to unify it with the so-called Human divinity. It happens through the Spirit, through the soul, through the applied will, through the mind that has higher and lower stages, through that emotionality. That’s why these Rays are separated as the Ray of Administration or Jupiter’s Ray, the Ray of Prophecy or the Ray of Religion, the Ray of Philosophy, the Ray of Art, of Act-Creation. This is the basis of my thesis that two are the factors that make history – the first one is Creation, the other – Knowledge. Two forces accompany historical development – Love and Death.

Georgi Lyubenov: And for the final of our conversation, literally in one sentence, please answer me: At what stages of one’s life does a person reach different spiritual insights, different awakenings in his life?

The interview was broadcast on April 4, 2002 in the show “Flight over the Night” with the presenter Georgi Lyubenov on the Bulgarian National Television 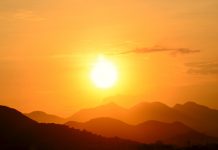 Resurrection as a new planetary idea 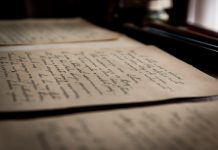 Open Letter to the Bulgarian and the Ecumenical Patriarchs, and to Pope Francis 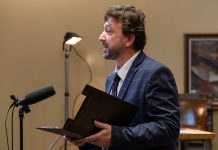 Let us live the Resurrection as a metamophosis!

What is The Connection Between Wisdom and Resurrection as Energy and as Light?