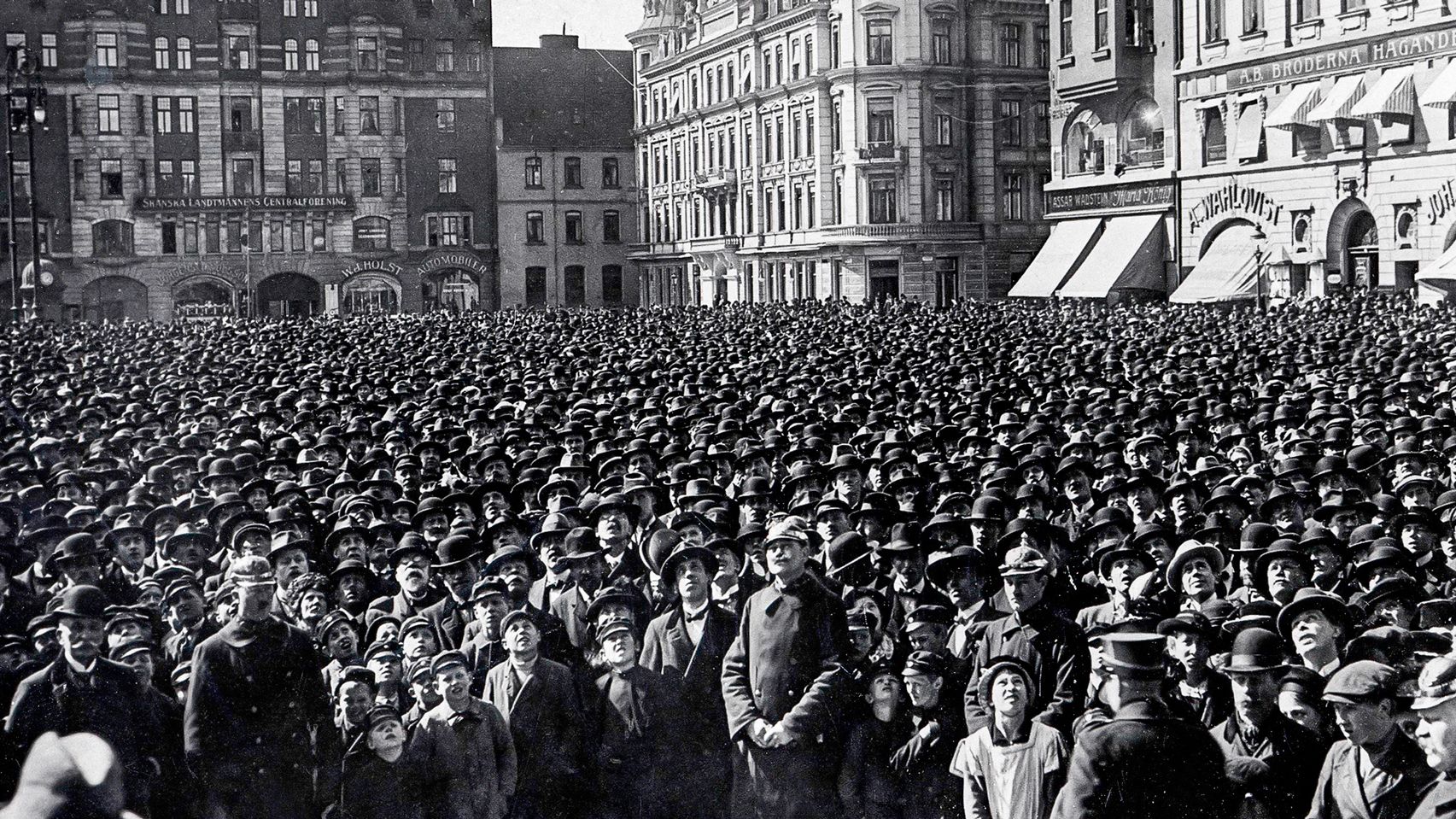 It’s springtime. All of nature is a-buzz. There is no time: the life cycle leaves no room for postures, demonstrations and protests. Work! Build nests, burst forth in greenery, bloom and bear fruit! The fruit must be ripe by autumn because a new life cycle will commence next year.

1 May is Labour Day, the day of international worker solidarity. However, workers demand rather than labour in solidarity. “Ask, and it shall be given you,” Christ says. But should any demand be satisfied, and is this statement valid in all cases?

On 1 May 1886, trade unions in Chicago staged a strike to demand the official introduction of an eight-hour working day. In 1889, the first congress of the Second International in Paris called for solidarity with the protests in Chicago. In 1904, the International Socialist Congress in Amsterdam urged “all Social Democratic Party organisations and trade unions of all countries to demonstrate energetically on the First of May for the legal establishment of the 8-hour day.” This Congress declared it “mandatory upon the proletarian organisations of all countries to stop work on 1 May.” A Labour Day with no labour?! In the pursuit of physical protection for individuals, the most critical point gets neglected, namely that labour embodies the idea of discipline and industry!

As early as the end of the 19th century, the Second International turned this into a political issue. Great significance was conferred upon the celebration in line with Marxist ideology, which stipulates that workers should be the ruling class. But can the working class handle ruling given that the governance of a state transcends the management of material goods? “History is made by the will of the Caesar and the prayers of the priest,” says Master Vaklush.

Why is class division necessary, to begin with?

“Collective interest encapsulates the group,” Vuklush Tolev states further. “Classes are a status that holds responsibility captive without any right to amnesty. But a leadership figure must guide these groups to responsibility; individuals have to realise their potential free from collectivity. Otherwise, human beings would remain confined within a flock, within a collective entity, and since they would not qualify as persons, the Divine will would not lead them into submission, which would, in turn, vest them with both responsibilities and rights. This illustrates the breadth of vision of the Creative Will, which liberates individual needs from the collective consciousness to make a person the carrier of both responsibility and authority.

Obviously, there are also objective supra-human theories about the stratification of humanity in its planetary realization, theories born out of insight and divine inspiration.

As early as the start of the 20th century, Djwhal Khul was speaking through Alice Bailey about an objective stratification of human society. According to the theory of Tibetan Mahatma Djwhal Khul, there is an interaction between seven Supercosmic Rays in the cosmos, and life in the Solar system is a continuation of seven subdivisions of one ray. Thus, our Logos through seven ray subdivisions imparts creative energies in historical periods. The evolution of humanity follows the Seven Rays.

Master Vaklush Tolev develops Khul’s knowledge in his lectures on “The Rays of Evolution.” We read there: “The Seven Rays of Evolution are humanity in social and spiritual evolution, humanity in civilization and culture.” He gives the following names to these Rays: Administration, Religion, Philosophy, Art, Science, Devotion, and Creation.

The better a particular Ray is accomplished by a soul, the more this soul fills the atmosphere with fruit so that one who does not belong to the Ray can also partake of its fruit. Thus, one must pass through all the Rays and weave their net, with each Ray being as necessary as any of the others.

The Ray of Vivacity (Will), also called the Administrative Ray, is the fabric of our entire existence; it gives us the reason to become self-aware and creates social organisation, formally to an extent, but predominantly spiritually. Leadership requires spiritual energy, controlled thought, and applied will. Will is the manifestation of Vivacity!

The Ray of Prayer (Religion) contains two ideas: the first of knowledge and the second of faith. In the Ray of Prayer, a person has only one objective – the self-quest. Prayer engenders the idea of ​​unity among the human race. Prayer is the behaviour of the seeking god, of man returning to God!

The Ray of Doctrine (Science) is the waking quest for knowledge and the applied will for boldness. Humans must be able to perceive themselves in entireness and realise themselves in separateness. Then, by applying this method to sciences, they will merge with Cosmic Knowledge. Science battles the past to free strength for the future!

The Ray of Wholeness (Devotion) is a ray of dedication, for we must carry everything: neither forever on bent knees, nor forever on horseback, nor forever with a brush but forever with the Father. The most elevated religious path is unconditional commitment to the Creator – free of everything so that we can be within the Whole. One must discern devotion in freedom. Devotion is a responsibility to evolution – devotees live with the will for things new, an ideal for themselves, and in service to others. Devotion is the liberated consciousness of complete service!

The Ray of Creation (Activity) is a ray of responsibility because it gives substance. This is the Ray of will applied that is related to object perfection. There is no small person in the Ray of Creation: everyone weighs in their place and invariably bears responsibility. Creation is prayer and work in all fields. One works for the mundane, suffers for the worthy, makes a sacrifice for the great, and comes back to life for the divine!

Springtime is in full swing. All of nature is throbbing, celebrating, working – it is cultivating itself!

Nothing can begin without prayer, without the inner need for humility and the sense of gratitude. Labour is the application of the divine energies that prayer releases, and they must build the corpus through reason so that it can serve the idea of perfection.

1 May, Labour Day. But let it be labour as both a right and a duty for everyone; labour as discipline and application of energies – application through which we can erect the temple of the future!