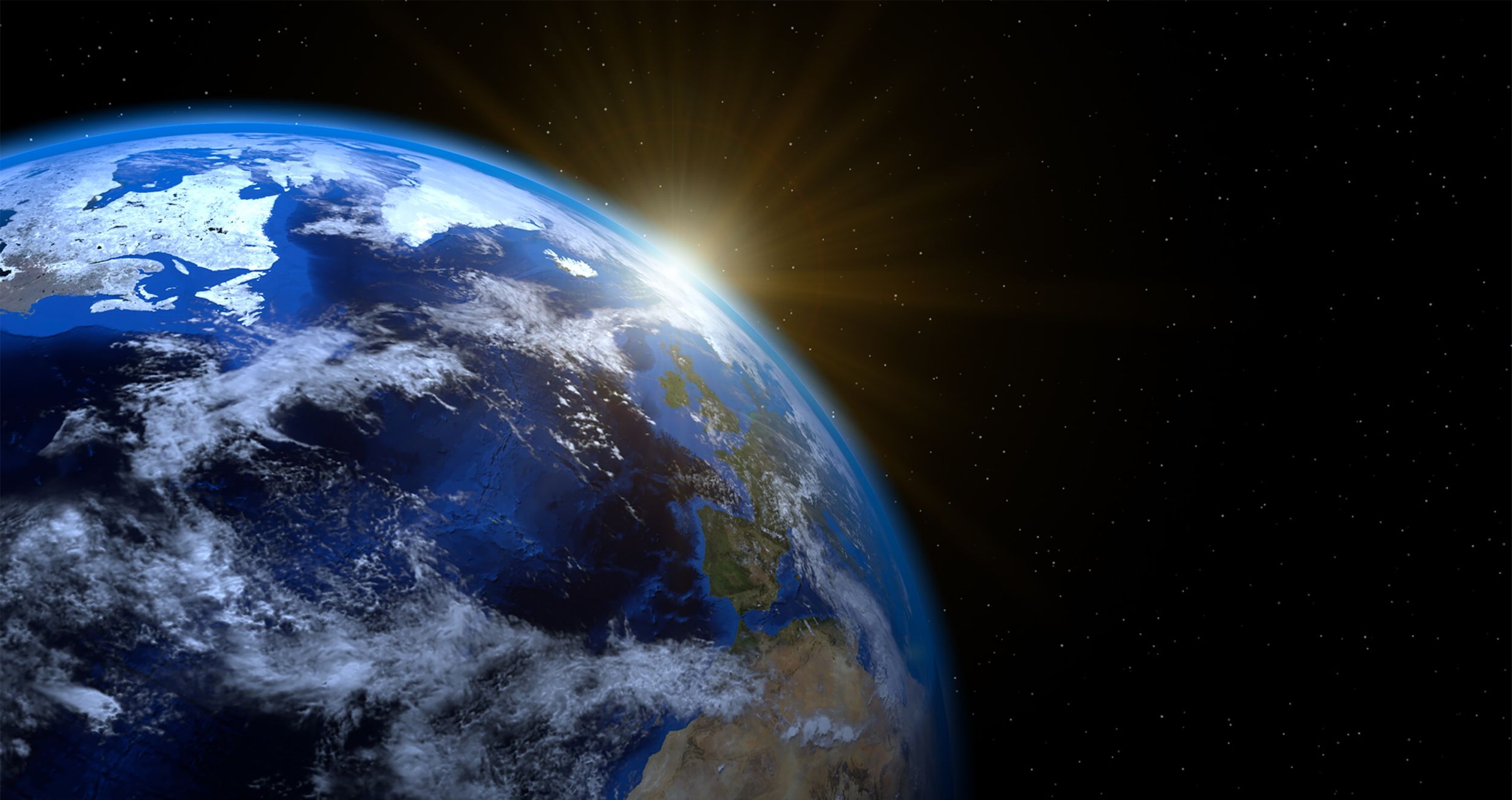 The Way of Wisdom grants freedom from the past.

With the 1984 Message we realise how the Physical world serves us. However, when the mind acknowledges solely the three-dimensional world, then it is yet to understand spirituality.

There have always been initiated individuals. Being initiated is the certainty that man is an evolving god!

Man is not defined as God, but he was created as a god in evolution. He needs now to be free from the power of matter, for if we were to look at man nowadays, he would be a criminal. How do we make him God? Naturally, he would need a millennium to build a culture of evolving gods and afterwards to give birth to a new throne. What will that be is a matter of futurity…

This is why encapsulating the karma is a must! What does this entail? Who is going to fill in the millennia that people will lack as evolution? What is that achievement, having reached which, we can safely claim that people ought to be freed from karma? That, which the New Spiritual wave of Wisdom shall give. Think not, however, that this is a future you may name a present.

Request One: Bless us, so that we may consecrate You as life and protect you in action!

What is being requested from the Teachers is to provide generous cover on our Way. Thus, with His blessing, we can consecrate Him as life and protect Him in action. For He is the architect of the new being. The presence of the Teacher is the light that chases away the sleepiness in the old bed of the convictions of his students. He comes to testify for the indestructability of the Light, whereas the students live in order to strengthen it. The Teacher would not ask for devotion, unless He had work to do.

The work is a thought applied with will. Therefore, there are forces in it – those of the mind and of the will – in order to create a visible image. Work can be seen with the eyes.

At a certain stage in the planetary evolution, people used to have but one eye. The gravitational pull of the matter limited man and when he was given the opportunity to develop his physical senses, the one eye was hidden and replaced by two eyes, so that man can see the physical matter. For, after all, the souls of men must cope with it. These two eyes will, too, become moot eventually, when you manage to awake your third eye. With the two eyes one develops the valency needed for acquiring the third eye. While the cyclops used to have knowledge up to a certain level, man must now restore the one eye, but with knowledge of a higher degree. Then it will be easy to lose the two eyes and work with the seven chakras on the planetary evolution.

When we discuss the different capacity of perception in each of the seven centres, what we actually mean is valence. There are elements with a single valence, there are others with six… Interacting with a greater freedom, or with more possibilities, gives wholeness. But this is not yet the full Universal sight.

The Teacher comes to testify – the students live to strengthen!

Request Two: Grant us the strength to endure the trouble and protect us from the calamity!

The inability to endure Kundalini causes trouble. But we are talking about cultural, spiritual and troubles and calamities of the faith, for it is they that pull humanity back and may inadvertently create impediments. A trouble, in and of itself, is a form of evolution. What’s important is our attitude towards trouble – to accept it with gratitude and to support the process of salvation, without going into denial, for denial can multiply it.

The great concentrated thought also has its advantages and disadvantages. Unfortunately, the twentieth century did not create a genius thinker, because even knowledge, when deprived of the calling of Kundalini’s seven centres in man, cannot be on par. For a hundred years we lacked insight and this is why no one brought an idea for the future. What is tragic is that the contemporary philosophical thought and modern morality bear the mark of religious knowledge, not of the knowledge of faith. Faith is much more wholesome than religion.

Religions rely on rituals, thus depriving culture of the value of thought and causing conflict. Individual schools and institutes of culture, called upon for great discoveries, rob themselves of the consciousness of faith and lose the providence for truth. Even the forms of initiation have become characterised by secrecy, instead of being the yeast one needs for conscious service and knowledge.

The roots of this conflict lie in religions. They fight for their past and each new religion falls pray to the old one. During the times of polytheism, the Father-god would eat his children, so that they do not become gods like him. A transition to monotheism follows, qualified by Judaism. Christianity, on the other hand, strengthened the idea that the Lord Father cannot be without His Son, but the god of Moses crucified Him, Who became Sonship. These are the two greatest transitions that humanity has been through – the undenied right of man to have unchangeable gods and the denied right of the Spirit to make gods, i.e. for man to realise himself as a god. A non-evolving god is present in all religions, because they do not want to yield their place. We should, therefore, not wonder why there are such consequences for the inhabitants of this planet – sons killing their fathers; fathers, who “eat” their children, i.e. their own future…

These are the grand clashes that rock the whole planet’s culture. Nevertheless, where there is rocking, there will be growth, too. This is why the culture of Knowledge is nothing short of an attack on the culture of the past, of religions. Still, faith will always be a pillar, for faith precedes reality.

This is how the conflicts in the official religions project what we call calamity. Social revolutions are calamities, too, and in the end bring troubles. However, we should keep safe not from troubles, but from calamities above all. We need not fear trouble, we should transform it – to put it on the path of evolution, on the path to perfection and deification. No trouble is here to destroy man – it comes to teach him something. When you have this as your inner knowledge, you can apply it to transform the trouble. You can bear the trouble and not feel it negatively. That, which you perceive as a threat, could well turn out to be a positive energy for the things that have a negative sign in your evolution. This is why you must grasp the world in its entirety – negation can be positive and a positive can be negation.

The more powerful you are in transforming the trouble, the less painfully it will carry that, which causes the need for change. God does not offer comfort for the trouble, but the evolution of the knowledge how to overcome it!

Troubles come from either ignorance or the lack of insight. Man’s temperature of thinking might be low, but not that of his spiritual given. However, only a handful work with the Spirit. This is why one needs spiritual wings in order to fly away when a calamity attempts to engulf him. And for this reason, when we bear the blessing, we ought to wake up the premonition to protect us from calamities.

Humanity must grasp its responsibility for the disturbances experienced by the Universe!

Request Three: Bless the goods that we need for our life on Earth!

An individual may have the capacity to work with the spirituality, but they are present for life on Earth. The planet is a matter, but at the same time it has been developed through messages from certain material images of spirituality. This is why we put forth as a possibility of gradually inspiriting this matter and it becoming weightless. You can defeat Antaeus! These mythological images are not merely imagination – they are real on a certain stage of mastering spirituality. When Antaeus is lifted above the earth, he lost the power with which he had been sent for presence here. This presence is a part of the image of life – an image, which is a stage.

Unless you introduce the fiery power of spirituality to the physical matter, it will forever remain static. This is why mankind lives in a relative ignorance. The fact that people have lost the idea of reincarnation, that the greatest law of the evolution is lost to their consciousness is not the biggest issue. Yes, it is an impediment, for it feeds the cheapest understanding of life. The real problem is spirituality!

The evolution breaks an existing norm – futurity seeks a new formula for life on Earth. Man must solve the enigma that we call human-god, but now he needs to solve it with other means. His reach is much wider than ever before. His capacity for enlightenment are indeed limited to the physical matter, but he is working on his endurance of this matter. Take his fantasy that gave birth to airplanes as an example – this is a matter, in which a heart called engine beats, and the airplane can carry man. Here you have an imagination become reality. The airplane is a form of a mastered matter. In it there is a soul-like apparatus and an influx of fuel. All this has its social and technical application, but what is important is endurance.

Wisdom is an idea of life!