Through the 1982 Message man is freed from the past of his soul, from virtues carried for millennia. He is freed by the Knowledge of Wisdom – this is the motif now.

We cannot reject the fundamentality and stability of virtues, but when we compare them with Knowledge, they are in conflict… The past is a veil to Knowledge. Should Knowledge ever be maimed according to the understanding of some – as an extension of virtues – such a hermaphrodite will not survive in the future. Therefore, Knowledge must be protected from the spider’s web of virtues!

Life has its ethical steps, but the moral system is built quite wrongly, in that it creates a trend of allures, which grow into the concept of delight. Delight, however, is the funerary hymn of virtue! You see now how the antithesis refutes virtues. The idea of seduction begets a culture, which, in certain places, borders allures and in others – even certain perversions…

Request One: Give us clean hands, so that we may pluck the fruit of hope and reap the field of abundance!

What is the meaning of “clean hands”? It means clean consciousness – so that you may awake your need for knowledge. Animals have a horizontal spine, whereas humans have a vertical one, so that we may awake the Fire put in us – Kundalini. One cannot awake Kundalini without this vertical, which, in turn, gives functionality to hands and brain. It is the spark of the brain that gives the right to thought, it gives light in the darkness. The animal is not able to bear witness to a spiritual awakening – every living creature can see the light and wake up, but not every one can carry it.

Therefore, it is not only a matter of physiology, but of channels, too, through which the awakened Kundalini flows in action. It is in this sense that “hands” is used in the Request – not only those, which we eat with – we are referring to the idea of an inspirited essence. Everyone needs to demonstrate that their sense of measure (which is predominantly based on the Astral plane) has been inspirited – moreover, it needs to be to the extent that they can now endure both blessing and sacrifice!

One cannot ask for clean hands, unless both the mind and one’s devotion are clean, too – the hands express these two. (A form of an awakened responsibility is even washing one’s hands before eating.) The idea is not to infect your soul.

The cultures of humanity stand upon the precipice of a funeral – the role of the gravedigger is assumed now by the Way of Wisdom Teachings. And we begin with clean hands. But becoming free from the past does not equal merely replacing the vestige of yesterday – no, it is the life of the soul that needs to change! And that does not consist solely of what people know. It is undeniable that people carry both totems, polytheism and imposed virtues, such as thou shalt not lie, thou shalt not steal, though shalt not kill… Nevertheless, it is evident that the world has yet to cease killing, stealing or lying. Essentially, virtues, with their imposed trend, sullied (and continue to sully) our hands…

Even back in the times of mythology there were rebellions against this trend. However, when Prometheus sought to change the life of the soul, he was nailed down – by Zeus, the Astral god of the past. For what Prometheus was in search of was fire – he was asking for a mind! This is a battle between the Astral and the Mental planes. Nevertheless, man’s Astral body supports the Mental one and it supports the Causal body as well. Whereas animals are very much awake on the Astral plane (which is why they are so much more sensitive than people), man’s Astral plane is fogged by the thought – with pride, for instance…

The fruit of hope is nourished by the Astral, not by the Mental plane – and when your hands are clean (i.e. not tainted by self-interest), only then can you pluck this fruit. For the fruit of hope is to awake something in your own pursuit. It is Kundalini, which awakes this need, It whispers in your ear an idea to hope for. (For hope is a support.) When Kundalini wakes up, It gives man as much as he can bear. This is what you need to understand – to what degree humanity, with its capacity, can perceive and carry a blessing.

There is no greater abundance of gods than the totems, mythological beings, etc. Reaping this bountiful field is no not only a matter of the creative capabilities of the gods, but also of their personal affluence. This is not a reason for rejection, but for judgement.

Never can a new beginning be borne, if not for the underlying idea of freedom as a supreme given. Unless people are given the concept of freedom and they master it, they will neither have spiritually clean hands, nor will they be able to live with the fruit of hope, nor can they reap the field of abundance with care – all will people have is painfulness. How can they then bear what comes?! There are steps, there is a hierarchy! For hierarchy is a will of the Universe, disturbing the peace!

Hope is the antechamber of the temple of the Spirit!

Request Two: Give us hearts, which will not weep for the offended, but will lead them to the source of comfort!

Unless people relieve themselves from their uncontrolled emotionality, they will keep in weeping for those offended (and will, in turn, seek recognition themselves). Who can liberate man’s desires? The source of comfort – the Spirit. It gives a Way and freedom, thus demolishing brick by brick the Wailing Wall.

One of the fundamental mistakes, left by religions, is the millennial lack of the concept of evolution and that milestone called the idea of reincarnation. Each preceding religion becomes static and no new one is ever accepted by its predecessor. This is precisely what follows from the lack of the notion of evolution. Not to mention accepting reincarnation, which in turns creates the capacity for taking in reality and spirituality. For if there is one thing that is undeniable in man’s history, it is the fact that he is born a child and becomes old. The evolution of the human body is so evident, that there is no way to deny man’s inner growth and hierarchy!

The evolution extinguishes the fires of man’s confidence of faith! Faith is what gives acknowledgement of deities, but what’s important is that man carries within the potential for becoming divine. He carries in himself the source of comfort – the Fire!

The Spirit is the Fire, which can be seen through the manifestation of the Light!

Request Three: Give us peace with righteousness on Earth, bread without humiliation and a way without fear!

Next in this Request is bread without humiliation, for, even when it is aplenty, bread with humiliation disturbs the wholeness and causes fear. And one must walk a way without fear!

The first necessity one must accomplish in order to successfully bear the awakened Kundalini is: without fear! Kundalini can sometimes carry one’s consciousness away and thus cause fear to overcome man. For when awoken, Kundalini not only passes through the chakras, which causes sensitivity, but It also liberates from Earth’s gravity. If man can bear being ungrounded; if he can accept the relativity of his being, only then is he free from fear – otherwise Earth provides support. Even mythology gave us the idea of freedom from Earth’s gravity – Antaeus and Hercules. Hercules is the Spirit, the awakened Kundalini, which lifts Antaeus – the body, and the gravitational pull is no more for man. This is why the first step is cleanliness so as not to allow the vibration of fear to take hold. With an awakened Kundalini man lives without fear – but only if he has passed through the necessary preparation beforehand, if he has cleansed himself and if he carefully picks what he eats.

Humanity tends to lose itself from reality to unreality – our psychosis of fear makes us lose our consciousness. If this loss happens in the minds of people, it affects their psyche; if it is on the Astral plane, they lose touch with reality…

The secret of Knowledge is now our greatest responsibility – people need no longer be simply made literate, they must be initiated! It is a separate matter that in the other realms – the Higher Mental plane, the Causal world, we shall need other secrets in order to deny ourselves! 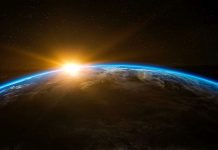